Join our mailing list and get informative blog posts and helpful hints delivered to your inbox weekly.

Since Dr. Illouz and Dr. Fournier first brought liposuction to the United States in 1982 – when I was beginning my residency in plastic surgery – there have been only 2 truly game-changing developments in how board certified surgeons approach/perform liposuction:

Suction Assisted “Tumescent” Liposuction (SAL) – First introduced in 1985, the suction-assisted tumescent liposuction technique involves injecting a special ‘tumescent’ solution directly into the subcutaneous fatty layer (which builds up between the skin and muscle layers) that not only makes the entire treatment zone numb, but also acts to constrict surrounding blood vessels so that very little blood loss and trauma to the surrounding tissue, vessels and nerves occurs during the procedure. In surgery, less trauma means less post-operative swelling. Less post-op swelling means less post-op discomfort and a quicker recovery. In most of my liposuction cases, patients are back on their feet the very next day and pain free soon-there-after. The use of local anesthesia in combination with very light general (re: light complete sedation) not only provides a very comfortable experience for my patients but also enables me to be fairly aggressive and very precise while addressing multiple locations which contain large amounts of fatty tissue.

Power-Assisted Liposuction (PAL) – Approved for general use by the FDA in 1998, power-assisted liposuction differs from un-powered suction-assisted liposuction (SAL) through the use of a special canula that vibrates rapidly (like an electronic tooth brush) while being moved through the fatty tissue by the surgeon. Without power, pushing and pulling the canula in the standard forwards and backwards motion through the fatty tissue requires quite a bit more effort and force. With power, the canula becomes like a hot knife through butter as it gently breaks up the fat before suctioning it out. The benefits to the PAL approach have been well documented and include less time under anesthesia, less bruising and swelling, a faster recovery and most importantly, smoother, more precise results.

And that’s it. Everything that’s followed is nothing more than marketing hype..

Laser, sonic, super-sonic, and all the other “latest” liposuction products – SmartLipo™ included – are not game-changers…and if they were, there would be articles in scientific journals by board-certified plastic surgeons demonstrating as much. At best, newer liposuction machines have had an incremental effect on the quality and consistency of results. At worst, they’ve done more harm than good (especially when used outside of their very-specific use-cases). Case in point, I’ve personally taken care of patients whose burns from these “more advanced” technologies required surgery to repair.

As with most new products, after the initial hype and marketing settles down, the indications for use diminish. When laser liposuction (Coollipo™, Smartlipo™, Slimlipo™) first came on the scene, it was touted as a stand alone procedure. But after it became clear that the initial results were less than ideal, traditional liposuction got added to the procedure in order to achieve satisfactory results. Perhaps, in very limited use-cases (e.g. under the chin) there can be some added skin tightening, but as I have seen over the years, if properly performed on a properly chosen patient, there’s really no better option than traditional, suction-assisted tumescent liposuction.

What Actually Matters Most: The Skill of the Plastic Surgeon

Ultimately however, it remains the skill and talent of the sculptor rather than the make or model of their chisel that determines whether or not one ends up with a superlatively sculpted thigh, hip, neck, buttocks, arm, or abdomen.

When I first began performing liposuctions some 28 years ago (during my 8 years of formal residency/training) a professor told me that nothing can substitute the skill and technique of a master plastic surgeon who has, through years of training and experience, refined his technique to the point where such procedures becomes less about suctioning and more about sculpting. I remember thinking that this was easy enough for him to say given that he had already attained master-level status. But when I reached equivalent status, it became clear that he was right.

Much of one’s success depends upon how much pure natural talent, spatial intelligence, and aesthetic ‘taste’ one has. Over time, however, most first-rate plastic surgeons become much more intuitive and feel-driven in their approach to procedures like liposuction. And while the difference in CCs of fatty tissue suctioned out may not be much, the smoothness of shape and consistency of silhouette between the treatment area and surrounding tissue is more often than not, dramatic. 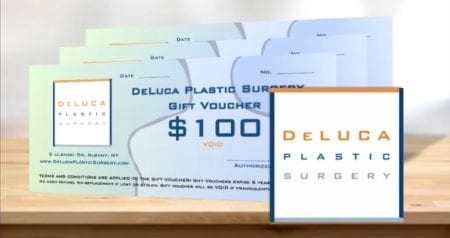 We use cookies on our website to give you the most relevant experience by remembering your preferences and repeat visits. By continuing to use the site you agree you consent to the use of all the cookies.
Do not sell my personal information.
Cookie SettingsOk
Manage consent

This website uses cookies to improve your experience while you navigate through the website. Out of these, the cookies that are categorized as necessary are stored on your browser as they are essential for the working of basic functionalities of the website. We also use third-party cookies that help us analyze and understand how you use this website. These cookies will be stored in your browser only with your consent. You also have the option to opt-out of these cookies. But opting out of some of these cookies may affect your browsing experience.
Necessary Always Enabled
Necessary cookies are absolutely essential for the website to function properly. These cookies ensure basic functionalities and security features of the website, anonymously.
Functional
Functional cookies help to perform certain functionalities like sharing the content of the website on social media platforms, collect feedbacks, and other third-party features.
Performance
Performance cookies are used to understand and analyze the key performance indexes of the website which helps in delivering a better user experience for the visitors.
Analytics
Analytical cookies are used to understand how visitors interact with the website. These cookies help provide information on metrics the number of visitors, bounce rate, traffic source, etc.
Advertisement
Advertisement cookies are used to provide visitors with relevant ads and marketing campaigns. These cookies track visitors across websites and collect information to provide customized ads.
Others
Other uncategorized cookies are those that are being analyzed and have not been classified into a category as yet.
SAVE & ACCEPT
Skip to content